The Papageno Ensemble was born in 2007 in the Hague, begun by a common passion between its musicians, devoted to performance practice on early instruments. 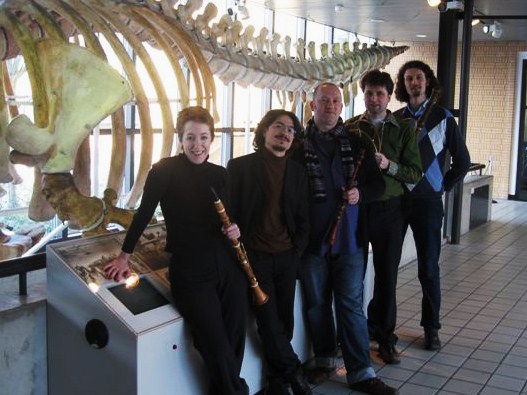 This international ensemble, made up of musicians from Italy, the United States, Poland, Hungary, and the Netherlands strives to interpret the classical masterpieces according to their historical research, while at the same time leaving room for innovative musical ideas which speak to 21st century audiences and reflect some of their own personalities as well.
The Papageno Ensemble not only performs the standard repertoire, but is constantly seeking out lesser known works of the period, as well as performing original arrangements made specifically for the group, following the traditions of late 18th century and early 19th century practice.
The Papageno Ensemble has performed throughout the Netherlands, and is currently planning their upcoming season.  They have given concerts in cooperation with the Van Swieten Society, and were also chosen as amongst the first to perform at the Stichting Oude Muziek Barneveld concert series which has also heard the likes of Gustav Leonhardt and Sigiswald Kuijken.
Meer informatie over de musici van dit ensemble is te vinden op: papagenoensemble.wordpress.com