Claire Munting performed throughout Europe, USA and Australia after her graduation from the Royal Conservatory of the Hague in The Netherlands.

After her graduation Claire was a member of opera company “Della Casa” which performed throughout Europe at venues such as the Royal Concertgebouw in Amsterdam, the Jahrhunderthalle in Frankfurt and St. James’ Palace in London for the Royal Family.
Her operatic roles include Bizet’s Carmen, Eboli/Don Carlo, Fenena in Nabucco, Cavalleria Rusticana’s Santuzza , Adalgisa/Norma and La Principessa in Suor Angelica.
She has appeared with several renowned orchestras such as the Britten Pears Orchestra, Con Brio Orchestra, Colla Voce Ensemble and the North Holland Symphony Orchestra.
Claire performed at the Aldenburgh Festival in the UK, the Grachten Festival in the Netherlands, the Glebe Festival in Sydney and the prestigious TNC in New York.
Since moving to Australia, she was invited to perform at the House of parliament in Brisbane, was both soloist and vocal coach for Queensland Music Festival 2013 and is the Artistic Director of Musica! with a festival in 2015 and 2018.
She sang the roles of Badessa and Principessa in Puccini’s Suor Angelica with Opera Projects Sydney and created “ A tribute to Maria Callas “ which premiered in 2017 in Sydney.
Since returning to The Netherlands, Claire started the concert series Tuesday Travels together with pianist Luba Podgayskaya.
Future engagements include a recital for Art Song Canberra and for the Glebe Festival in Australia and several concerts in The Netherlands.

Shintaro Kawahara is an unique pianist who performs modern and historical pianos parallel. He spent his childhood and student years in Japan and now lives in the Netherlands. He began
playing piano at the age of three, but only began professional lessons at sixteenth, with
Claudio Soares and Kumiko Hattori, before studying with Chiharu Sakai in Kyoto. 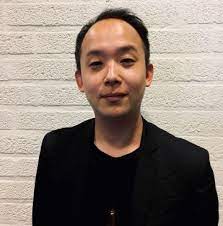 He
completed his training in modern piano with Konstantin Lifshitz at Lucerne Conservatory.
He won first prize in the Sakai International Piano Competition (2008), first prize in the
Japanese auditions of the ABC Institute for Musical Advancement (2009) and, first prize in
the ‘Orpheus’ chamber music competition in Basel (2013). He has performed with orchestras
from Osaka and Tokyo in concertos by Mozart, Saint-Saëns, Shostakovich and Tchaikovsky,
and at the KKL Concert Hall in Lucerne with the Lucerne Symphony Orchestra and James
Gagan in Ravel’s Concerto for the Left Hand. His interest in historical keyboards led him to
attend masterclasses in Radziejowice and Brussels organised by the Fryderyk Chopin
Institute. He has also earned a master degree of fortepiano at the Royal Conservatoire in
The Hague and taught as a teacher in the same school until 2021.