Estonian soprano Maria Valdmaa began her classical singing studies in Georg Ots' Music School, Tallinn. Pursuing an interest in historical performance and repertoire she continued her studies at the Royal Conservatoire, The Netherlands, where in 2010 she graduated the BA course in Early Music Singing with high marks. This year she finished the MA study at the same institution, working under the guidance of Lenie van den Heuvel, Barbara Pearson, Jill Feldman, Michael Chance and Peter Kooij.
Maria has participated in master classes by Jill Feldman, David Wilson Johnson, Evelyn Tubb and Jos van Veldhoven, in baroque music interpretation, and by Eric Mentzel and Ensemble Sequentia in medieval music performance. She has a wide and varied repertoire, and specialises in the works of J. S. Bach and W. A. Mozart; she has also performed extensively in the field of medieval music.
Maria Valdmaa's professional experience includes solo and choral work with ASKO/Schoenberg Ensemble, Ensemble L'Arpeggiata (Euridice in Peri's Euridice), Vox Luminis and De Nederlandse Bachvereniging. She also frequently sings with the Estonian Philharmonic Chamber Choir, conducted by Daniel Reuss, Claudio Abbado, Colin Davis, and Louis Langrée, and performed with them the role of Jungfrau in Schumann's Paradies und Peri. 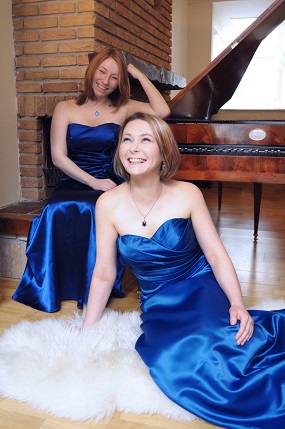 Urszula Danielewicz got master degrees in harpsichord, pianoforte and economy. From September 2012 she works as a fortepiano accompanist in the Early Music Department of the Conservatoire Den Haag. She specializes in performing ancient as well as contemporary music using instruments from earlier eras. She began her musical studies at the age of 5 on the modern piano but even at a young age, she was drawn to classical works as well as J.S. Bach. Early on, she began to play J.S. Bach's polyphonic compositions, and in 1991, won the Johann Sebastian Bach competition in Gorzów Wielkopolski in Poland. Following the path of her musical inspiration, she discovered the harpsichord and became enchanted by its wonderful possibilities, interpreting Baroque and Renaissance compositions. With the intention of becoming a performer, she focused on the harpsichord and studied with famous musicians in Poland, France and Holland. In 2005, supervised by Marta Kaczmarska, she finished her Master's Degree specializing in harpsichord at Akademia Muzyczna in Wrocław. She was awarded a French Government Scholarship and continued her studies in Paris with Elisabeth Juaye. She proceed her education at the Royal Conservatory in The Hague with Jacques Ogg and in 2008 she completed her Bacherlor's degree there. After that she followed one year of Master Study with Bob van Asperen at the Conservatorium van Amsterdam.
Urszula Danielewicz was awarded with the Scholarship of the French Government, Scholarship of the Marshal of the Voivodeship of Wrocław and Scholarships of the Municipality of Wrocław.