was born in Yamanashi, Japan. She first studied music pedagogy and has earned both her bachelor's and master's degrees from the Niigata University in Japan. She studied voice with Hisao Minowa in this university and with Masae Murakami in Tokyo. Seika Kawaguchi has been studing in Holland and completed her studies at the Royal Conservatory in the Hague with Thea van der Putten, Lenie van den Heuvel and Barbara Pearson where she received her performance degree in 2006. She performed Donna Anna of the opera 'Don Giovanni'at the opening festival of Niigata Ryutopia in Japan(1999), Criada of the opera 'Bodas de Sangre' on the NHK-FM radio and the roles in many operas. She likes to sing Art songs in French and German. She participated in Masterclasses with Elly Ameling, Michael Chance, Meinard Kraak and Alexander Oliver. Seika Kawaguchi has been studing theatrical performance with Ragnhild Rikkelman from the BARR Theater Groep between 2003-2006. Until now she had concerts in Holland, France, Spain and in various regions in Japan and appeared on TV and radio. She has released a CD "Le temps des lilas" in 2010, in this CD, she sung French and Japanese songs accompanied by Marien van Nieukerken. In 2014, she has released a new CD "Takemitsu Songs" in which she sung 22 Toru Takemitsu's songs arranged and accompanied by Masakazu Yamamoto. Seika Kawaguchi is going to have a concert tour to introduce Japanese songs in 4 countries(Holland, Spain, France and England) with Masakazu Yamamoto in March, 2015. 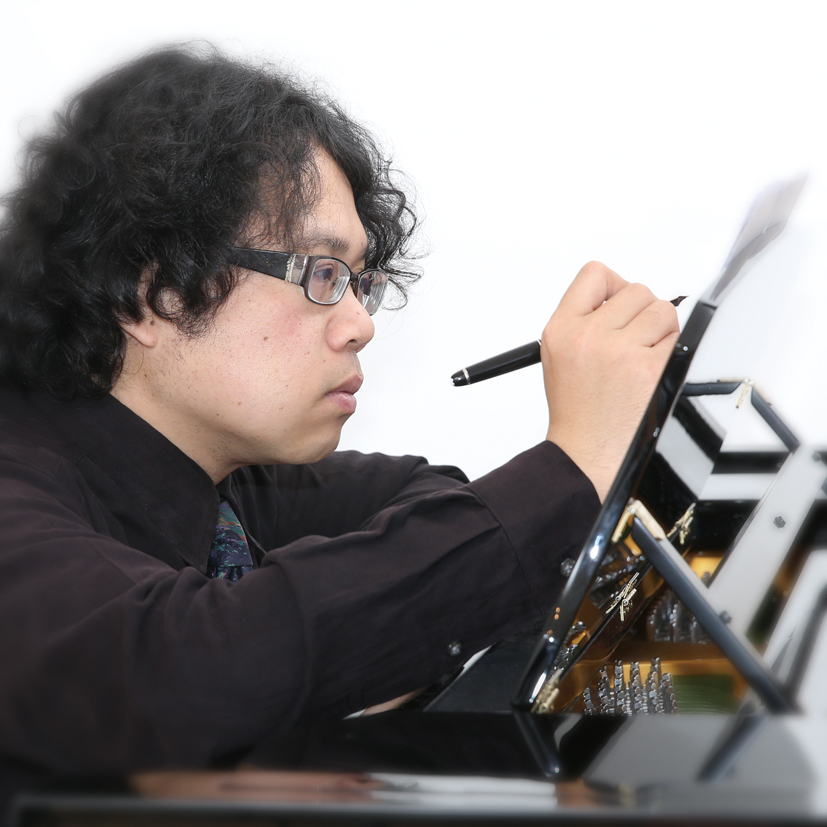 composer, pianist
He studied composition with professor Yoshibumi FUJIWARA, electro-acoustic with professor Kazuko NARITA, and Taro YOSHIHARA at University of Yamanashi. During his schooling years, he started his carrer by composition “PRIME” in Tokyo. His works are performed at various concerts (by “JFC” and more) and festivals. He also plays piano for his own works and plays an accompaniment for singers and instrument players. He was a lecturer of the University of Yamanashi, 2004-2013.